We affirm that the land, water, forests, minerals, air, animals and all other 'natural resources' within the boundaries of the Fort Laramie Treaty of 1868 according to Article 2, were and are "set apart for the absolute and undisturbed use and occupation of the Indians herein named…"

I was made aware of this declaration only today after I had posted the poem "palavering" and it struck me as very profound how the image of the coming together of the Chiefs who met with Gen. Sheridan to sign this treaty kept coming to mind periodically for the last few months. I kept thinking that I would like to write a poem about that image but my creative process doesn't work that way.

I have to be given a poem or a story, it has to come to me in a dream or while I am in the shower or driving a car or right when I wake up or before falling asleep. There are other times I am inspired to write but these seem to be the most prominent. That is why there is always a journal next to my bed, and when I drive, which is not often, there is always a journal in my purse.

I write a lot of poems which later are paired up with images, not usually the other way around. I'd say that 99.9% of the time I go looking for the image afterward. I see it in my mind's eye for the piece I have written or am working on and then go looking for the one that best fits what I see, then pair it with my work.

Of course, this image of the Fort Laramie meeting is one that is burned into my brain as are so many others like ones from Wounded Knee and photos of the captured "Apache" Tinde warriors being taken in a boxcar far from their homelands into forced relocation. There are other images, that never let go in one's life, like that of Vietnamese Mahayana Buddhist monk Thích Quảng Ðức, who died June 11, 1963, when he burned himself to death at a busy Saigon intersection in protest of the persecution of Buddhists by South Vietnam's Ngô Đình Diệm administration.

There are too many horrific images of man's inhumanity to (hu)man, to mention but I know there are certain ones that have affected my life in very profound ways not only because of what they depict but also because of the historical facts leading up to and the aftermath of these incidents. In the image of the Laramie, Wyoming meeting I get the feeling of great sorrow and resignation on the part of the Chiefs who are assembled and at the same time I know that there is great strength in what they are doing not only because they are sitting on the earth, on the mother, but also because 'N'dn people have survived.

We are still here despite the broken treaties, promises, and lies. Despite the disunity that is perpetrated by US gvmnt infiltrators against Native Nations - especially when they are trying to defend what is legally and rightfully theirs. This blog could go on for pages, but I just wanted to post this document as an addendum to the poem I posted a few days ago which deals with the same topic.
Tlazokamati!

Thank you for linking up my blog! I really like your blog.

Have you ever listened to the song Treaties by Jim Boyd?

I love that album, Reservation Blues!
Thanx for stopping by, I like your blog too, one of the best I've seen.

Yeah, that is a great album, actually I was listening to it for awhile this afternoon! 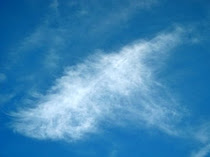